Have you received a letter from the City requiring

that you fix your buckled sidewalk?

A common tent- like sidewalk damage is called thermal buckling. This is a hazard for pedestrians and a liability concern for the property owners or city, not to mention ADA accessibility concerns.

It costs up to two thousand dollars to make the section level and safe again using the current system.
A crew of three to five workers takes a day or two to make the repair, bringing various vehicles and pieces of equipment, then hauling the debris off to the landfill.  After that new concrete is trucked in and left another day to cure. Then the barricades are removed when someone remembers to pick them up. The site is disrupted for days.

Our solution with which two workers can make the same repair in two hours is called Cretelift(tm).
It is a patented system and device that allows the sidewalk sections to be resized and lowered back into place,

as if the buckling had never happened.

This saves 50 to 70 per centover the cost of a normal repair.

The Cretelift(tm) device is placed under the buckle, then is inflated to relieve the compression on the joint. Next a measured portion of the sidewalk is cut and removed. Finally, the Cretelift(tm) is deflated and the three new joints are filled with backer rod and elastomeric sealer to finish.  Two workers. Two hours. Flat. 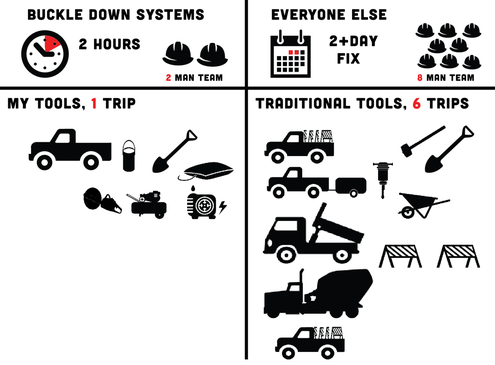 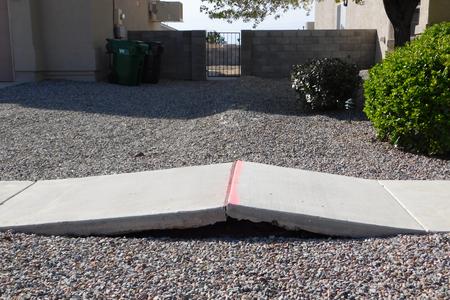 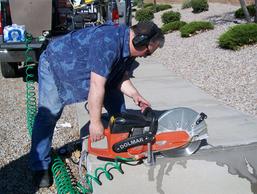 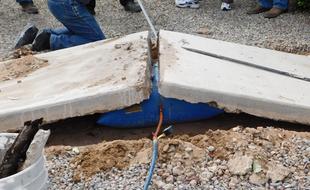 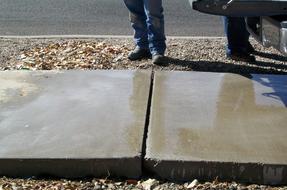 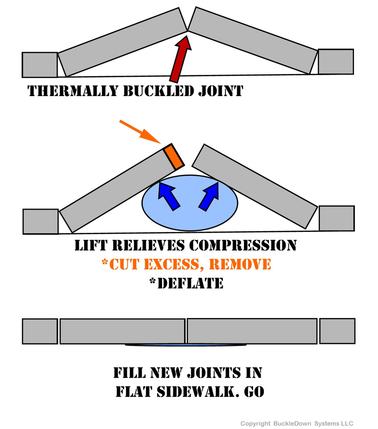 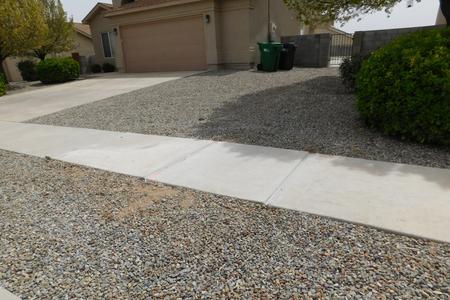